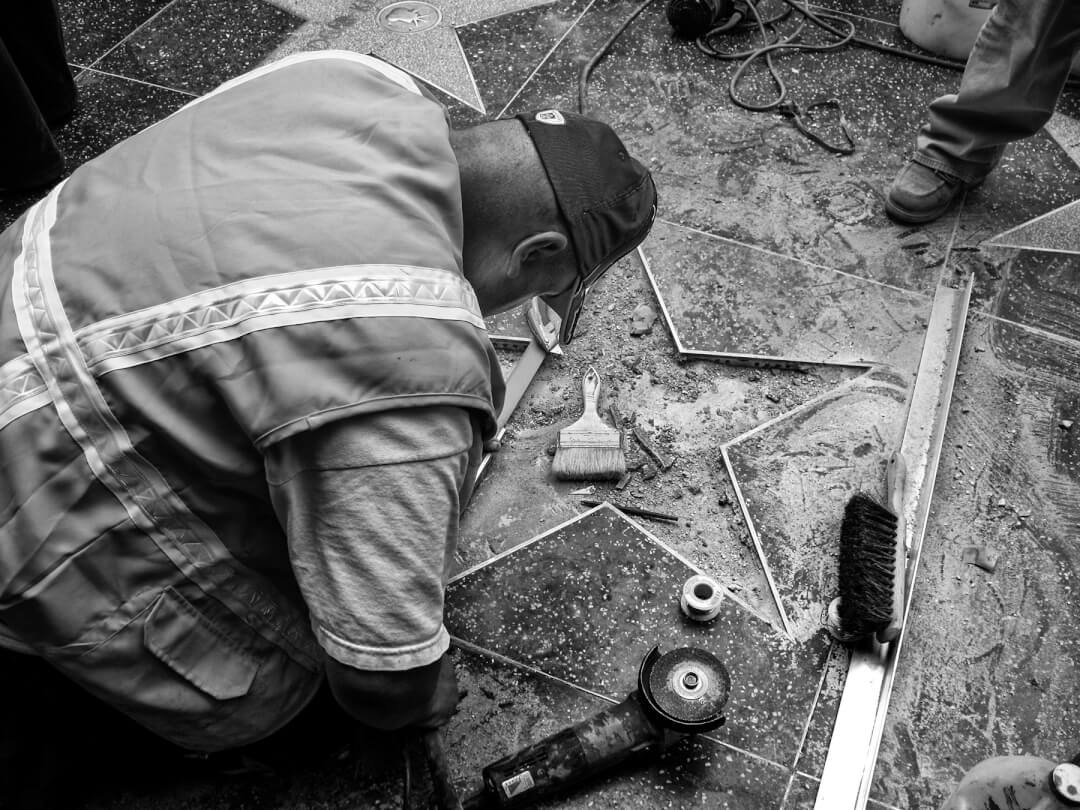 How to become famous

Famous or notorious? It does not matter. You want to be a VIP, at all costs. 5 minutes of glory are better than nothing, right?

Famous or notorious, it doesn’t matter!

It doesn’t matter how as long as it leads to being known by the masses. Why dealing with the uninteresting details? And even 5 minutes fame is better than nothing, isn’t it?

The aim to be seen tends to become closer to absurdity, not only in the talent free zone. Those who want to be seen and heard in the world where nearly everyone seems to become a star, it needs the willingness to do the extreme.

And, yes, when you ignore the side effects and long-term results, it is possible.

Therefore, here are a few ideas how doing it – or should I write observations?

1. Become an object of hatred

Enemies proof you are something special. Put aside respect. That’s unnecessary ballast like political correctness. Look at Donald Trump and how well it serves him.

Look for something or someone to become your enemy. Depending on your character, choose an enemy that will hold against you or one that is already an unprotected victim. The world is a bad place. It is like it is! There will be an audience that supports your opinions. A lot of strange people are on this planet and especially on the Internet.

Be consequent: talk about the strange ideas, behavior or whatever is available that you and your followers don’t like. Make it clear to be heard.

Stay with it. Someone who will fight back give you more occasions to make it interesting for the audience. In case your opponent is on a floor after a few rounds, you have to find someone else. Therefore, hurt, don’t kill too fast.

An interesting fight brings you forward. People don’t gossip about boring people, but they love to do it about some of those scandalous celebrities. As a positive side effect, those noisemakers earn a fortune with their advertising contracts. Be one of them!

Find someone or something you are ashamed of. You have moral responsibilities. You accept the burden to speak out loud what has to be said clearly.

Make yourself the speaker of a minority. This will give your concerns more relevance.

Yes, that’s right! The voyeurism of the masses may help you. And especially when your target group is simple-minded you save time because it doesn’t afford intellectual preparation.

4. No press is bad press

When striving at all costs to get into the press, there will be ways. As long as you don’t care about self-respect. Do something embarrassing and at least the boulevard press will talk about you.

With some target groups that may lead to problems, for others it is exactly the place to go. Switch on your tv and you will see a lot of examples. As I already wrote; don’t bother about self-respect.

Help! I’m a celebrity. Get me out of here! The world is a jungle. Later it will be difficult to separate from the painful past. More sophisticated audiences will avoid you. But there is still the other target group.

5. Promise people the moon, be creative

You are a supermodel or artist from a country that does not have internet access or you know a good public relations agency that makes your made up story believable. Many others have done that and for some, it still works. One of them became the minister of defense and another one has her TV show around the world. So, who bothers that everything started with a lie? Not so clever follower has a bad memory or doesn’t think about anything like that at all. Who cares how you become a celebrity, when you are one, now?

A spontaneous enlightenment as a strategy is more or less suitable depending on your target group. Tell a great hero story, how you struggled and been reborn. From Saulus to Paulus!

Earlier in your life sex, drugs and violence, and now, everything is different. Hallelujah! Praise the Lord or whatever is accepted in your field as an authority.

A not to be underestimated side effect; all you had said and done before enlightenment is related to the old YOU, and you have left that person behind you. Hallelujah! You receive absolution as a repentant sinner. Before your enlightenment, you can celebrate a wild party.  Cheers!

Politicians and other storytellers, particularly the self-help literature are full of such illumination. The transition from halfway credibly to the bizarre is easy to exceed. And then it may be too embarrassing, even to the less sophisticated audience.

Find a way to exceed a previously valid limit social border. The break with social conventions attracts attention. People talk about that. Morally-ethical boundaries? Who needs that? Sometimes it’s so easy. The more you shock the audience, the better it works.

I doubt that there are still a lot of borders today that are untouched. If you imitate Madonna and kissing on stage someone of the same sex, it will bore your audience to death.

Sustainability: The rapid rise is followed by an even faster descent. Such stagings wore out quickly. If you want to continue to be in the limelight, you constantly need something even more blatant for repositioning. Otherwise, applies; famous, infamous, forget!
See: Become an object of hatred

Who plays by the rules, does not stand out so quickly. Therefore, the limits of legality are soon exceeded.

Watch the autobiographical movie The Life of Brian. “I am not the Messiah, hear me! I am not the Messiah. Did you understand? Honestly!” repeated Brian and the people replied; “Only the true Messiah denies his divinity”. Understood?

In practice, this strategy is often used even when there is no audience listening. Therefore, at least some persistence is necessary and the willingness to utilize opportunities. Denying your greatness, so loudly and often as possible. It will grind.

Brian was later tortured and ended up on the cross.

A companion with influence or at least sufficient financial facilities can speed up the way to prominence. Let the sugar daddy by the stage for you and if you are untalented also a clapping audience.

How about a flirt or even the marriage of a celebrity? Very popular partners are rich men of advanced age. In times of equality, this strategy is increasingly available to all genders.

This strategy is less suitable for real talent since even with good performances, it is assumed for a long time, that otherwise, without the support of a benefactor, it would not have been possible.

And now? I hope you ask yourself: Are you nuts?

Who is willing to accept the drawbacks described in the article, can choose from the quite numerous options for up to 5 minutes of fame. Although I would be glad if you don’t! I personally don’t like to see those techniques in practice.

Enforced attempts to become famous without a good reason often backfires. Think about Paris Hilton and Kim Kardashian. Those examples when someone becomes known for “being known” rather than for any contribution to society are embarrassing. While it works with some special target groups, it is usually associated with a particularly low reputation among other groups. The decision whether this is a good idea or not, depends on many factors. Just as the decision whether to invest in content or packaging.

For me, no question; substance counts. A stable foundation lasts longer and can carry more. Who develops the conditions of their own positive reputation slow and stable, makes it authentic. The good feeling when looking in the mirror does have its value.

Some people with influence work for a cause, not the applause. Many of my clients avoid – often for good reason – the public. A few of their dazzling competitors are so well-known that those appear extremely important in their industry. This often deceives outsiders, they might think the loudest experts are the most successful. What really counts in the long run is not superficial attention, but the perception and reputation among the relevant target group. Those are booked who have demonstrated that they deliver what they promise.

I recommend authentic self-marketing. Since it is not interesting to be known by just anyone but by those who are critical to being recognized. Better the respected expert in your niche than a billionaire in the family board game Monopoly™.  If you choose one of the described strategies; good luck! Those of you, interested in authentic self-marketing; I look forward to hearing from you.

What do you think about this topic? Is it worth dying for fame?

← Previous article: 19 tips to overcome a blackout in a speech or presentation Next article: 24h emergency help with acute stage fright in Berlin, online and... →